Othercide’s production has come to an end, and I think it’s a good occasion for me to talk about the art direction of the project, what we went through and why. Our dark tactical RPG is coming to Xbox One today and will present players a challenging war to defend reality against the forces of Suffering.

My name is Alex Chaudret, I have been working in the video game industry since 2011, and I joined Lightbulb Crew as Art Director in September 2017. It was my first official job as an art director, and the beginning of a hell of a ride, for the art team as well as myself.

Othercide is set between dimensions, in an area of subspace we call The Dark Corner. It’s backwards and damaged, shaped by broken psyches and trauma rather than the logical laws of our world. Depicting this in black and white makes it clear just how otherworldly and mysterious this place is – we’re behind the scenes of reality. It also depicts an ocean of darkness, where a single spark of light can bring a new hope.

Art direction is a matter of choices and risks: we knew we wanted Othercide to be different and stand out in its genre. That each screenshot, concept art or 3D model belong to this universe and this universe only. It won’t be to everyone’s taste, but for those that love it, they’ll really love it, and they’ll always know it when they see it.

In video games, all major components are tied up together: art is at the service of gameplay, and good gameplay supports narration and emotion.  The red colour is here to flesh out the important elements of both the lore and the gameplay: from the skills of our Daughters to their red scarves showing their health, or even the Vitae, the precious resource used for germinating new units and customising them…  Only the key elements get the honour of using Othercide’s one colour to signify their importance.

Most of our design elements came from a personal place. I strongly believe that in order to give a soul to a project, you have to talk about what you personally experienced. A lot of the creatures and subjects you can see in Othercide are born from our own traumas. When I was 18 years old, I contracted a blood disease that kept me in bed for several months, with terrible pain in my articulations and muscles.

I could hardly move without vomiting, and my body became a temple of suffering. At night, the pain and fever were making me ‘see’ things: creatures nibbling my bones, hiding in the dark corners of my room, sneaking out of shadows to mock my condition…

Those were some of the ‘visions’ I wanted to bring into Othercide, and together with our talented art team, we ended up exploring our own feelings and fears to finally transpose them into the art direction.

This has resulted in a wide array of horrendous creatures to fight, crawling and scratching across the Dark Corner. All of them are metaphorical representations of the traumas of one of our main characters, The Child.  They are topped off by the bosses, the centerpieces of our combat system and the most challenging encounters in Othercide. Each one of those bosses represents an avatar of The Child’s suffering, created from his twisted mind, and helps to unveil the tragic story of his life.

Othercide hits Xbox One today on the Microsoft Store and we can’t wait to welcome you to the Dark Corner! 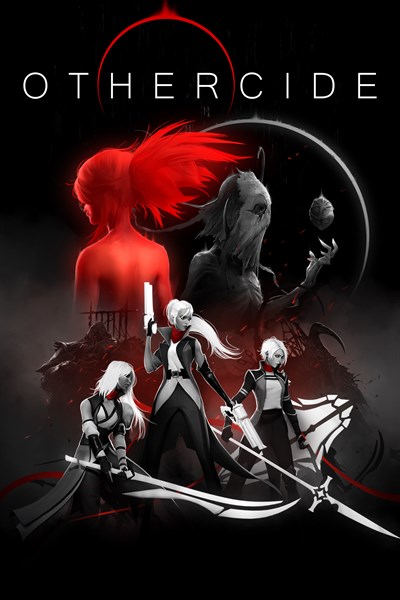 ☆☆☆☆☆ 114
★★★★★
$29.99
Get it now
Descend into Humanity’s last hope. The Daughters, echoes of the greatest warrior to ever live, are all who stand before Suffering and death. Lead your army of Daughters to battle. Your prowess in combat will shape their abilities and personality. Make the toughest decision and sacrifice one to heal another – survivors will get stronger, ready to fight the next battle. Combat is an intricate dance of spectacular actions and counters: plan ahead of time and set up impressive chains of abilities to outsmart the enemy. Fight in epic boss battles against the sources of Suffering – dread creatures pulled from the worst of Humanity’s crimes against itself. You will fight. You will fail. You will rise again. • Lead, evolve and sacrifice your army • Outsmart nightmarish creatures in a spectacular Tactical RPG • Endless combat possibilities with the Dynamic Timeline System • A deep and complex narrative • Failure is not the end. Return with lost powers to face a new nightmare