We’re proud to bring the wonderful and weird world of Control Ultimate Edition to Xbox Series X|S! Blending open-ended environments with the immersive world-building from the developer Remedy Entertainment, there’s always more than meets the eye in Control. Everything is your weapon as you unleash telekinesis abilities and seek the secrets of the Bureau.

Since the original launch in 2019, the game has become renown for its art direction and story by winning over 80 awards. You play as the powerhouse Director Jesse Faden, exploring the world and unleashing destruction as you go (this game is bound to keep you on the edge of your seat).

Control Ultimate Edition on Xbox Series X|S contains the original base game and all previously released Expansions including The Foundation and AWE ( a must-play for any Alan Wake fans…). As well as The Expeditions, end game mode, Photo Mode and all the content updates since the release of the original game!

The best way to play.

We can’t wait to see what adventures await you as you take Control to the next generation. Join the Official Xbox Club to share your snaps, stories and keep up to date with the latest from the Control team. For more information please head to controlgame.com.

Whether you’re revisiting The Oldest House or playing for the first time, you can jump into Control Ultimate Edition now on Xbox Series X|S for 30% off! for a limited time See you there. 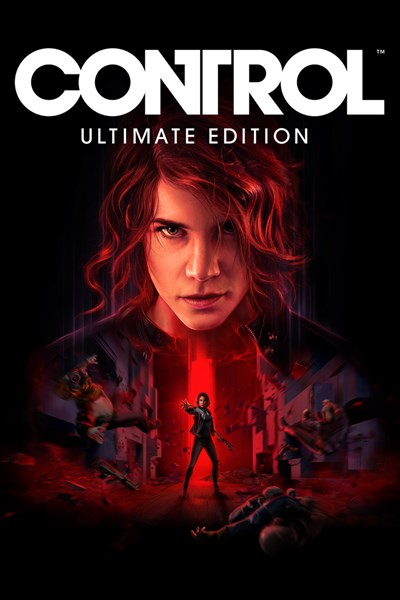 ☆☆☆☆☆ 225
★★★★★
$39.99
Get it now
Control Ultimate Edition contains the main game and all previously released Expansions ("The Foundation" and "AWE") in one great value package. Please note, this version of the game is exclusively for Xbox Series X|S. It does not include the Xbox One version of Control Ultimate Edition. Experience true next-generation gaming with increased visual fidelity through 4K graphics and a 60fps Performance mode. A corruptive presence has invaded the Federal Bureau of Control…Only you have the power to stop it. The world is now your weapon in an epic fight to annihilate an ominous enemy through deep and unpredictable environments. Containment has failed, humanity is at stake. Will you regain control? Winner of over 80 awards, Control is a visually stunning third-person action-adventure that will keep you on the edge of your seat. Blending open-ended environments with the signature world-building and storytelling of renowned developer, Remedy Entertainment, Control presents an expansive and intensely gratifying gameplay experience. Key Features Uncover the mysteries. Can you handle the bureau’s dark secrets? Unfold an epic supernatural struggle, filled with unexpected characters and bizarre events, as you search for your missing brother, and discover the truth that has brought you here. Everything is your weapon. Unleash destruction through transforming weaponry and telekinetic powers. Discover new ways to annihilate your enemies as you harness powerful abilities to turn everything around you into a lethal weapon. Explore a hidden world. Delve deep into the ominous expanses of a secretive government agency. Explore the Bureau’s shifting environments only to discover that there is always more than meets the eye… Fight for control. Battle a relentless enemy through exciting missions and challenging boss fights to earn powerful upgrades that maximize abilities and customize your weaponry.