Today, the long and nitro-fueled history of Asphalt finally comes to Xbox One and Xbox Series X|S with its latest chapter, Asphalt 9: Legends. Free to download, this multi-award-winning racer sets itself apart from the pack through a fresh mix of fast fun, crazy competition, and gorgeous graphics.

For many, the game’s biggest draw is its massive selection of real life hypercars. We’re talking 140 of the world’s most amazing speed machines, handpicked from legendary manufacturers like Ferrari, Bugatti, and Porsche. The idea being that everyone can get behind the wheel of a car they always dreamed of driving. But in addition to driving them, players can collect, customize, and tweak these speedsters in countless ways, so they look and perform just how they want.

For others, it’s all about the action; streaking across 180 unique racetracks, each with its own dynamic environment and insane jumps as they take on 900 single-player challenges. Or maybe they’re driven by the thrill of PvP, competing against up to seven rivals, all vying for the top prize and a higher rank on the leaderboards. And thanks to the matchmaking system, you’ll square off against those who match your skill level.

But what attracts most people at first are, of course, the graphics. Asphalt has always been a visually groundbreaking series, not only boasting some of the most detailed cars and stunning effects, but also the most breathtaking locations for you to race through. Players will be whisked off to 12 locations, from the blazing sands of Cairo to the Sakura-strewn streets of Osaka. Each location is packed full of fun details that might be hard to notice while speeding at 100mph, but they’re there nonetheless, waiting for you to finally catch them after your 20th time through a course.

Some of these locations even offer dynamic (and often unpredictable) challenges. Think you can outrun a tornado in the American wilderness? Want to try dodging a landslide in the Himalayan mountains? We’d tell you about more of them, but it’s better to be surprised the first time one of them tries to ruin your day.

One secret we can share is the best way to enjoy the game: Together with friends. Players can create their own Race Club to band together and raise their Club prestige, unlock exclusive rewards together, or to just chill out and chat with other like-minded racers. There’s also an amazing and active community on Facebook and Discord where players share screenshots of their custom cars, amazing maneuvers, and tips on how to nail each course.

Whether you need that kind of advice, or are already a pro, Asphalt 9: Legends has a control scheme designed just for you. Manual controls let you drive like a real racer, feeling out each shift for maximum precision. Meanwhile, the casual-friendly TouchDrive controls streamline these mechanics so you can focus more on having fun and taking in the stunning world as it whizzes by.

Bringing Asphalt to Xbox is a massive step for the series, and the team knew they had to pull out all the stops for it. That’s why Asphalt 9: Legends is bringing full 4k graphics and 120fps to Xbox Series X|S, to fully deliver on the promise of a competitive arcade racing game. And to make sure the competition never slows down, the game supports full cross-play with Windows, in addition to cross-save functionality.

All that should certainly be enough to pique anyone’s interest in trying Asphalt 9: Legends. But what keeps players coming back for years are the events. The racing game knows how to party and hosts multiple events every month filled with special challenges, online competitions, and of course, great prizes. Many new cars are introduced in dedicated events, where players can win that car as their prize.

Finally, everybody downloading Asphalt 9: Legends on Xbox One, Xbox Series X|S, or Windows 10 right now will get an exclusive Xbox themed Porsche 911 GTS Coupe. Get the game now, as the Porsche will only be gifted for a limited time!

And that is just the beginning! New cars, content and features will be added along the way so stay tuned! Asphalt 9: Legends is available right now. So why not give this free download a spin and see what keeps over a million players revved and ready for action! 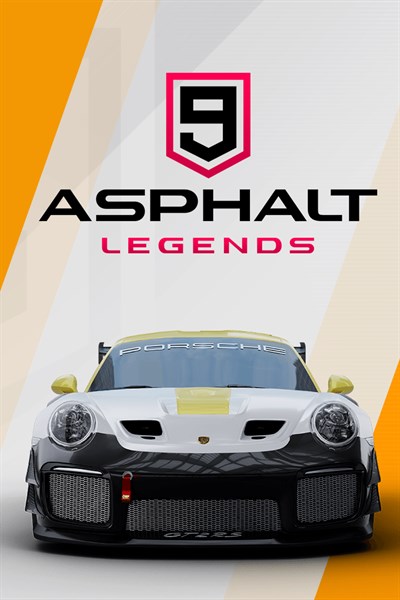 ☆☆☆☆☆ 1434
★★★★★
Get it now
Legendary cars to collect and customize Race with the most amazing speed machines handpicked among world-renown manufacturers. Upgrade their stats, pick the color of their brake calipers or add carbon parts and more, to fully customize your rides. Breathtaking tracks Feel the thrill of gravity-defying races across 185 tracks in 13 real world locations, such as San Francisco, Cairo or Osaka. Race around giant tornadoes in the American wilderness, avoid landslides in the Himalayas, and much more! Single & multiplayer Complete over 900 solo career events or participate in live 8-player races for the ultimate rewards! You can even create a Club and unite with other players to raise its prestige and unlock milestone rewards. Cooperate in a club Race with your Club members to unlock milestone rewards and rise up the ranks of the Club leaderboard. You can also create your own private races to challenge your Club friends on any of the racetracks. Events and rewards Compete in daily events to rack up extra resources for your rides. You can also play Special Events to win exclusive cars while competing in dedicated game modes. New content incoming As the game is regularly updated, there are always new rides, new features or new tracks on their way. Ultimate racing controls Experience sharp manual controls to drive like a pro racer or choose the casual friendly TouchDrive control scheme that streamlines steering so you can focus on the fun! _____________________________________________ Visit our official site at http://gmlft.co/website_EN Check out the new blog at http://gmlft.co/central Don't forget to follow us on social media: Facebook: http://gmlft.co/A9_Facebook Twitter: http://gmlft.co/A9_Twitter Instagram: http://gmlft.co/A9_Instagram YouTube: http://gmlft.co/A9_Youtube Forum : http://gmlft.co/A9_Forums This app allows you to purchase virtual items within the app and may contain third-party advertisements that may redirect you to a third-party site. Terms of Use: http://www.gameloft.com/en/conditions-of-use Privacy Policy: http://www.gameloft.com/en/privacy-notice End-User License Agreement: http://www.gameloft.com/en/eula