We are just two weeks away from Warframe’s biggest and most anticipated cinematic expansion, The New War, arriving on Xbox One and Xbox Series X|S on December 15. Our next Quest is the latest chapter of a storyline that has spanned several years in the making. This climactic event will deliver all the twists our players have come to expect from us and answers some big questions players have been asking over the years. There might even be a few new questions presented to players, teasing a bit of where we may take the story of Warframe next year. For new and returning players who are trying to catch-up before The New War launches, we’ve developed a quick guide to help assist in your efforts of preparing for the action ahead.

Warframe is Not Just a Looter Shooter. We Also Offer a Massive Story Driven Campaign.

Old and new enemies will emerge to wage war and a new Warframe will arrive, so players should prepare for the imminent invasion by catching up on some of the best kept secrets in gaming, our spoiler heavy, single-player story-based quest campaign. Most gamers know Warframe as a cooperative action game, but they might not know that we also have a cinematic space opera-level storyline spreading over 6 years and unfolding for players across 16 Planets, 3 Open Worlds, 47 Warframes, and 13 Cinematic Quests. We encourage you to embark on your very own action-packed cinematic story of space exploration and self-discovery before The New War arrives in order to have the full context for all the events that will unfold.

New players don’t need to wait until The New War arrives to begin an action-packed adventure as an unstoppable space warrior. There are more than 30 hours of Quests available for you to experience today, all for free. As a new player, you’ll uncover the critically-acclaimed Cinematic Quest that has left the Origin System in a state of all-out-war. Playing as Tenno, you’ll find your power through an intimate journey of self discovery as you attempt to restore balance in the Origin System.

For additional in-game quest guidance, players can now reference the Tenno Guide, a newly added UI improvement introduced into Warframe to help guide players to completing their next steps.

The Sentients are a powerful invading threat coming with The New War and you’ll need to be prepared with more than just a Warframe that has some powerful abilities to get the job done right. The New War leverages some of Warframe’s most thrilling features that you’ll unlock on your journey across the Origin System. Some of this equipment is built over time in the Orbiter Foundry and some is unlocked by completing certain quests.

Step: #3 Unlock The New War By Completing the Quest Codex

Warframe is an ever-expanding game – there’s a lot to do and experience if you’re a new player. While all our content is visually rich and full non-stop action-combat that players love, there are select quests which can be revisited at a later time and are not considered a critical path to joining the action of The New War on launch day. The following Quests below outline the critical path to prepare for The New War when it arrives for Xbox players on December 15.

New players are able to experience the full storyline, from the first Cinematic Quest, Vor’s Prize, where Tenno Awaken, to NATAH where they learn more about The Lotus and The Second Dream, where players discover who they really are and learn more about The Old War. The story gets even more expansive with The War Within and The Chimera Prologue, where Tenno uncover the truth of their past to help shape their future, ultimately destabilizing the Origin System leading to all-out-war and setting the stage for The New War, the latest expansion coming December 15.

Warframe is now available and is free to play and download for Xbox One and Xbox Series X|S. 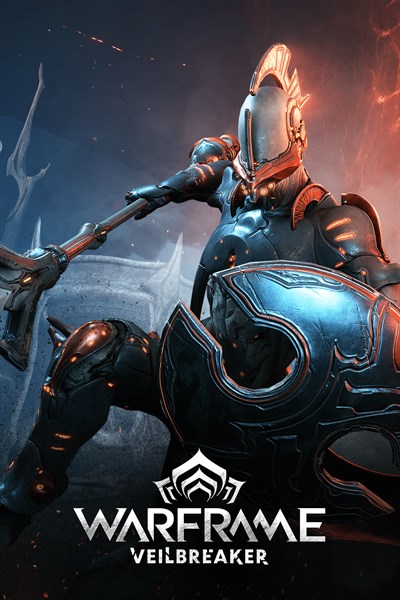 ☆☆☆☆☆ 1750
★★★★★
Get it now
Awaken as an unstoppable warrior and battle alongside your friends in this story-driven free-to-play online action game. Confront warring factions throughout a sprawling interplanetary system as you follow the guidance of the mysterious Lotus and level up your Warframe, build an Arsenal of destructive firepower, and realize your true potential across massive open worlds in this thrilling, genre-defining third-person combat experience.