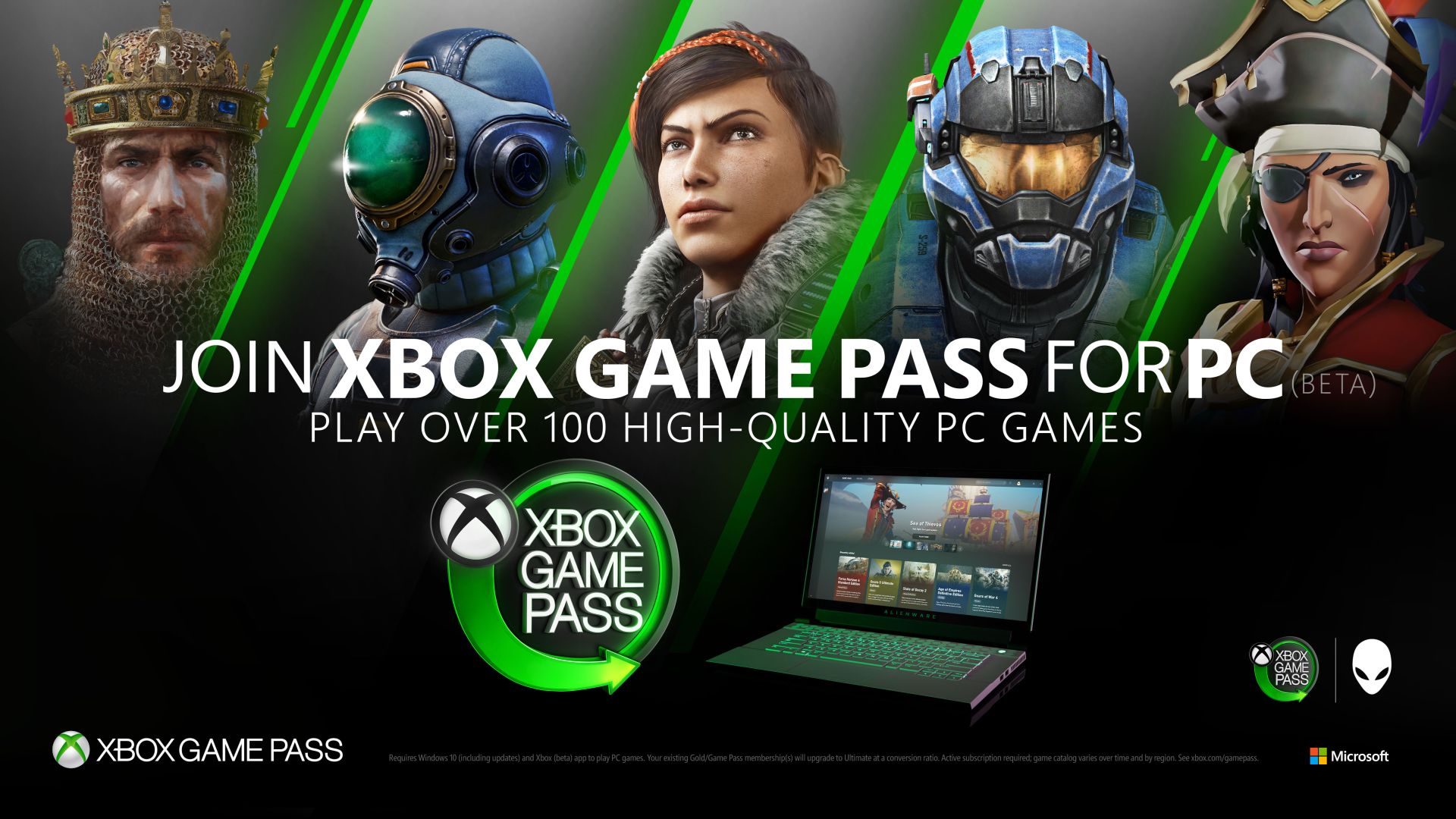 Xbox Game Pass for PC (Beta) is built from the ground-up for PC gamers, giving them a highly curated library of titles to choose from. With over 20 years of experience in creating best-in-class PC gaming devices, Alienware is a trusted brand in the PC gaming community – making for a perfect pairing as we team up for a new holiday promotion for PC gamers.

Starting today for a limited time, gamers who purchase a select G Series or Alienware PC will get 3 months of Xbox Game Pass for PC (Beta) at no additional cost! Even if you’re already a member, the three months of Xbox Game Pass can be added to existing accounts (or stacked with other deals and discounts, but only one per customer). For complete terms and conditions and other restrictions, click here.

And once you’ve got your brand new PC all fired up, what a better way to kick off those 3-months of Xbox Game Pass for PC than by checking out all the games we’ve recently added? You may have seen some mentioned on our Xbox Game Pass for PC (Beta) Twitter account (that’s our subtle reminder that we announce when games are available to play all the time on Twitter, including some surprise drops.) Plus, you can catch all the details about each game on our Xbox (Beta) app.

Death is not an escape. Dead by Daylight is a 4 vs 1 multiplayer horror game where one player takes on the role of the savage killer and the other four players are survivors who must escape without getting caught. That sounds easier than it is, because the Killing Ground environment changes every time you play.

Extreme downhill freeriding for the modern era with procedurally generated worlds. Take on different jumps, slopes, and hills every time you play. Control every subtle movement of your rider thanks to an in-depth physics system made for slick whips and scrubs. Push your rider for massive scores and combos, but bail too many times and you might lose all you’ve earned. Share your scores with a fully-featured online reputation system that lets you show off your worth and earn new bikes and threads.

Experience one of the finest story-driven shooters of all time. The year is 2033. An entire generation has been born and raised underground, and their besieged Metro Station-Cities struggle for survival; with each other, and the mutant horrors that await outside. You are Artyom, born in the last days before the fire, but raised underground. One fateful event sparks a desperate mission to the heart of the Metro system, to warn the remnants of mankind of a terrible impending threat.

A new single-player, first-person sci-fi RPG from Obsidian Entertainment and Private Division. Lost in transit while on a colonist ship bound for the furthest edge of the galaxy, you awake decades later only to find yourself in the midst of a deep conspiracy threatening to destroy the Halcyon colony. As you explore the furthest reaches of space and encounter various factions, all vying for power, the character you decide to become will determine how this player-driven story unfolds.

Looking for the latest new additions to the Xbox Game Pass for Console library? Click here. Also, we’re dangerously close to X019, so of course we have even more games up our sleeves. Some of us will be in London for the event, and some of us will be in the live stream chat, re-prioritizing our backlog of games after we announce some new games we want to play. Looking for details on how to watch? We’ve got you covered.

If you are still on the fence on getting Xbox Game Pass for PC (Beta), you can try it right now for just $1. I’m not sure what else you can do for fun for an entire month for $1, besides sitting and staring at a $1 bill. Plus, we come with the added benefit of not earning you the nickname “that person who stares at money for hours on end.”