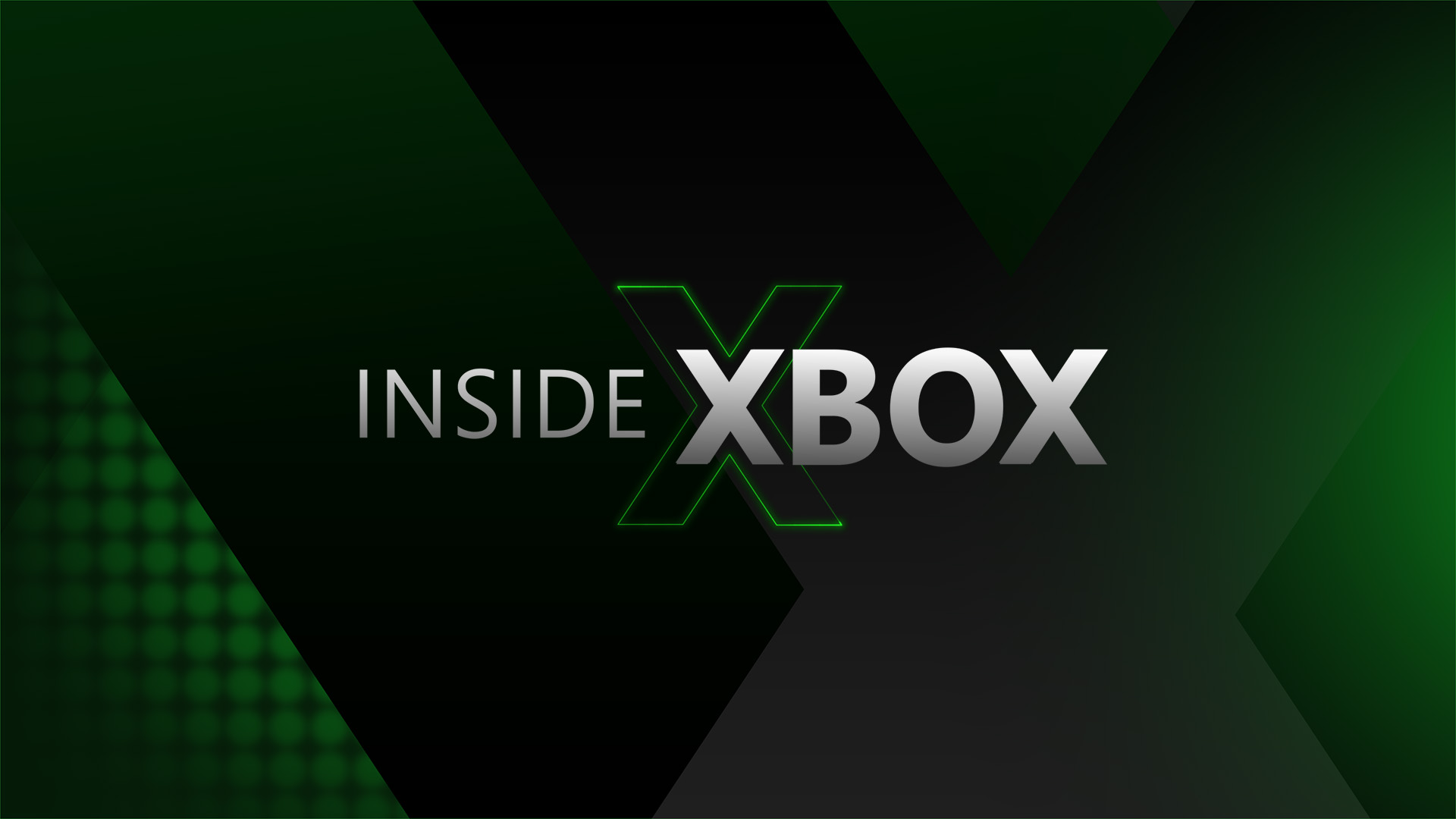 Everyone here at Xbox is excited to share more about the games and experiences coming in the next generation. Earlier this week, we shared our plans for Xbox 20/20, our new reoccurring series that will be rolling out over the course of the year. We kicked it off today with an episode of Inside Xbox that included a very special First Look at Xbox Series X Gameplay event which highlighted 13 new titles coming to Xbox Series X in the launch window from a variety of our development partners from across the globe. Many of these titles are brand-new properties that are being shown for the very first time, kicking off the new generation in a very exciting way.

We’ve always made a point to showcase great work from developers large and small from around the world, and this is just the beginning. Hundreds of titles are already in development for Xbox Series X thanks to our amazing partner community. We’ll be sharing a lot more in the coming months in our Xbox 20/20 series, not only from those partners but from Xbox Game Studios as well.

We’re also happy to share that all of the games included in today’s show will be Xbox Series X Optimized, meaning they are built to take advantage of the powerful Xbox Series X features that make games look and feel incredible, including 4K resolution at up to 120 frames per second, DirectStorage, hardware-accelerated DirectX raytracing, super-fast load times and much more. Putting the power of the console in the hands of developers to decide what’s best for their games is one of our core beliefs and we’re excited for this first look at how they are choosing to leverage the Xbox Series X.

You’ll also probably note that some of the titles below have asterisks next to their names. This means that these games are confirmed to take advantage of Smart Delivery, ensuring you’ll only have to buy that game once knowing you’ll get the best version of that game for whichever Xbox console you’re playing on. Today, we confirmed 9 more titles leveraging this tech for a great customer experience adding to the likes of Cyberpunk 2077 and all Xbox Game Studios titles.

For a full recap of what was shown, read on below or watch the replay of Inside Xbox episode above when the VOD is available.

Assassin’s Creed Valhalla* (Ubisoft): In Assassin’s Creed Valhalla, become Eivor, a legendary Viking raider on a quest for glory. Explore a dynamic and beautiful open world set against the brutal backdrop of England’s Dark Ages. Raid your enemies, grow your settlement, and build your political power in the quest to earn a place among the gods in Valhalla.

Bright Memory Infinite (Playism): Bright Memory: Infinite is an all-new lightning-fast fusion of the FPS and action genres, created by FYQD-Studio. Combine a wide variety of skills and abilities to unleash dazzling combo attacks. Bright Memory: Infinite is set in a sprawling, futuristic metropolis in the year 2036. A strange phenomenon for which scientists can find no explanation has occurred in the skies around the world. The Supernatural Science Research Organization (SRO) has sent agents out to various regions to investigate this phenomenon. It is soon discovered that these strange occurrences are connected to an archaic mystery – an as-of-yet unknown history of two worlds, about to come to light…

Call of the Sea* (Raw Fury): Call of the Sea is a first-person adventure puzzle game set in the 1930s that tells the story of Norah, a woman on the trail of her missing husband’s expedition. The search takes place on a strange but beautiful island in the South Pacific, filled with secrets waiting to be unearthed. It is an otherworldly tale of mystery, adventure, and self-discovery.

Chorus* (Deep Silver): Discover Chorus, an immersive single-player experience that tells a mature and dark tale of redemption. Take control of Nara, an ace pilot with a haunted past and Forsaken, her sentient starfighter, as they embark on a personal, redemptive journey to challenge a relentless foe and take down the dark cult that made her. This is a true evolution of the space combat shooter.

DiRT 5* (Codemasters): Ushering in the next generation of racing, DiRT 5 writes a new chapter in the legacy of DiRT – bolder and braver than ever before. New features, new innovations and a fresh approach make DiRT 5 a hub of amplified off-road racing, style and culture, where no two races are ever the same.

Madden NFL 21 (Electronic Arts): EA Sports’ Madden NFL is the defining experience for simulated NFL action, enabling fans to play out their NFL fantasy on the virtual gridiron. For more than three decades, since the original release of John Madden Football in 1988, Madden NFL has continued to evolve and innovate to deliver an even more authentic and fun experience for players. The storied franchise continues with Madden NFL 21, which will make fans feel next level on Xbox Series X. Visit ea.com/nextlevel for more information.

Scarlet Nexus* (Bandai Namco Entertainment): Take on the role of Yuito Sumeragi, a new recruit to the OSF aiming to become an elite psionic like the one who saved him as a child. Armed with a talent in psycho-kinesis, explore the futuristic city of New Himuka and uncover the mysteries of a Brain Punk future caught between technology and psychic abilities in Scarlet Nexus.

Scorn (Ebb): Scorn is an atmospheric first-person horror adventure game set in a nightmarish universe of odd forms and somber tapestry. It is designed around the idea of “being thrown into the world”. Isolated and lost inside this dream-like world, you will explore different interconnected regions in a non-linear fashion. The unsettling environment is a character itself. Every location contains its own theme (story), puzzles and characters that are integral in creating a cohesive world. Throughout the game you will open up new areas, acquire different skill sets, weapons, various items and try to comprehend the sights presented to you.

Second Extinction* (Systemic Reaction): Second Extinction is an intense 3 player cooperative shooter, where your goal is to wipe out the mutated dinosaurs that have taken over the planet. Teamwork is vital as you adopt the role of one of the survivors, using a unique combination of weapons, abilities and skills to take on the vast number of enemies. Fight through a maelstrom of bullets, bombs, teeth, claws and gore, it’s up to you to reclaim Earth!

The Ascent* (Neon Giant / Curve Digital): The Ascent is a solo and co-op action RPG set in a cyberpunk world. The mega corporation that owns you and everyone, The Ascent Group, has just collapsed. Confusion and chaos ensue, security and order are in disarray, and without protection, everyone is left to fend for themselves. Stop gangs and hostile corporations from taking over and discover what really happened in this explosive sci-fi shooter.

The Medium (Bloober Team): The Medium is a next-gen psychological horror game from Bloober Team, the makers of Blair Witch, Observer, and Layers of Fear. You play as Marianne, a medium living in two worlds: the real and the spirit one. Haunted by a vision of a child’s murder, you travel to an abandoned hotel resort, which many years ago became the stage of an unthinkable tragedy. There you begin your search for difficult answers. The Medium’s soundtrack is a collaboration between two composers – Bloober Team’s Arkadiusz Reikowski and Akira Yamaoka of Silent Hill fame – reflecting the game’s most important theme: duality.

Vampire: The Masquerade – Bloodlines 2* (Paradox Interactive): What Monster Will You Be? Enter the World of Darkness and rise through vampire society. Experience Seattle – a city full of alluring, dangerous characters and factions. In this sequel to the cult classic, your choices, plots and schemes will change the balance of power.

And if a first look at next-gen gameplay, trailers and sneak peeks from this wide variety of partners across the globe and industry wasn’t enough, we heard from Ubisoft, Deep Silver, Bloober Team, and more about what they’re doing with their games on Xbox Series X.

We hope you enjoyed the show, and we’ll be sharing more about the next entry in the Xbox 20/20 series soon!