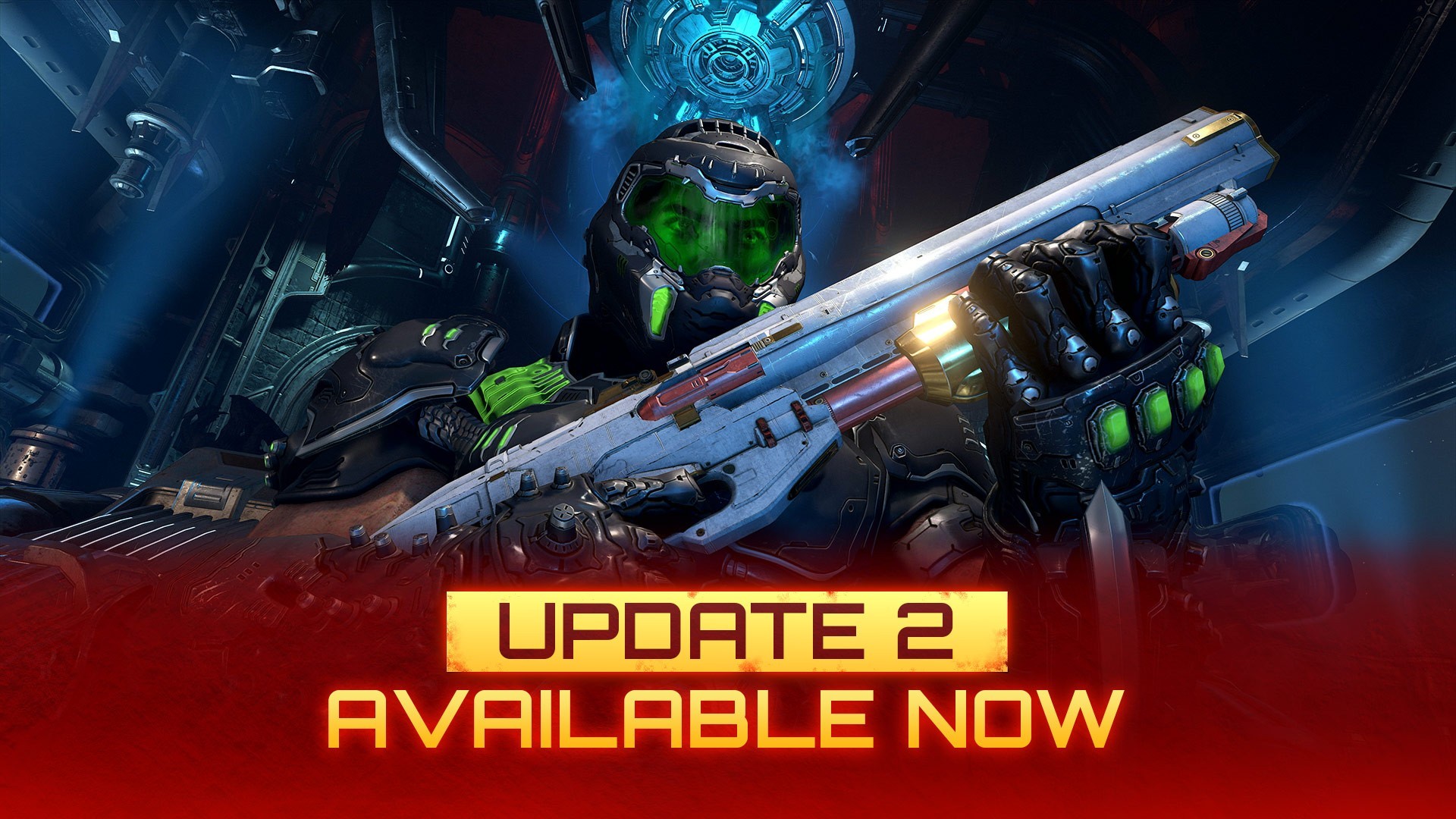 Duke it out on fresh turf with the next major update to Doom Eternal, available now! On top of a host of improvements, bug fixes and new content for doom eternal’s in-game events, Update 2 brings a whole new arena for Battlemode!

The latest map for Battlemode is here! Included in Update 2, Torment sends the Slayer and Demon team down perilous halls adorned with overgrown foliage and cryptic markings.

Mastering this map requires keen use of angles down the narrower stretches of the map. The Slayer can make use of Torment’s jump pads to cover considerable ground at once but be warned: a well-placed Demon trap lurking around some of the arena’s tight corners could turn a maneuver into a massacre instantly!

In addition to a new Battlemode map, Update 2 adds enhancements to Doom Eternal’s multiplayer mode. On top of your standard bug fixes and optimizations, Update 2 features latency improvements and the ability to tailor separate, custom keybinds to each demon – giving you just the right setup to match how you operate Battlemode’s playable hellions!

It’s not just Battlemode getting tweaks in Update 2. Look forward to quality-of-life improvements for colorblind players, an improved UX for Boosters and a host of bugs getting squashed under the heel of the Doom Slayer’s chunky green boots.

What are you waiting for? Download Update 2 for Doom Eternal today and prepare for Torment (the good kind)! Visit SlayersClub.com for more demon-crushing content and join the Slayers Club for free to receive exclusive rewards and in-game content.

☆☆☆☆☆ 799
★★★★★
$89.99 $71.99
Get it now
Hell’s armies have invaded Earth. Become the Slayer in an epic single-player campaign to conquer demons across dimensions and stop the final destruction of humanity. The only thing they fear… is you. Experience the ultimate combination of speed and power in DOOM Eternal – the next leap in push-forward, first-person combat. The Deluxe Edition includes: • Year One Pass – Get access to two campaign expansions for the critically-acclaimed DOOM Eternal. An imbalance of power in the heavens requires the true ruler of this universe to rise and set things right. Wage war across never-before-seen realms of the DOOM Universe, fight against new demons, and wield new abilities in your never-ending battle against the forces of evil. • Demonic Slayer Skin • Classic Weapon Sound Pack