Today, we’re excited to celebrate the global release of Minecraft Dungeons with Xbox Game Pass Ultimate and across Xbox One, Windows PC, Nintendo Switch and PlayStation 4. Minecraft Dungeons started as a true passion project here at Mojang Studios, and it has been an incredible journey to watch how the game has evolved over the years leading up to today’s launch. We couldn’t be prouder as a team, and we can’t wait for families and friends to dive into this brand new, standalone world within the Minecraft Universe.

Minecraft Dungeons promises challenges and adventure for players of all skill sets and playing types, but we think that no matter the player, it’s always better to explore together! We’re happy to offer both online and local co-op play, so that you can team up with your friends and family from a distance or even on your own couch – perfect for spending time at home.

You can start your adventure with the Standard Edition ($19.99 USD) of the game or get ready for more action with the Hero Edition ($29.99 USD), which includes a Hero Cape, two player skins and a chicken pet, as well as two future DLC packs, when they become available.

And this is only the beginning. The team is already hard at work on future updates and content. The first two DLC packs included in the Hero Edition are already in production – adding more adventures and challenges in brand new settings. We’d like to introduce a bit of a sneak peek into the first DLC expansion of the game, called ‘Jungle Awakens’. Trek through new missions that will take you to the heart of the jungle where you’ll find new weapons, armor and artifacts. This journey is meant for the bravest of heroes, for all twisted vines and paths lead to the source of corruption: the Jungle Abomination. We’re looking forward to sharing more on this soon, but for now we’re going to catch our breath and enjoy launch with our players! 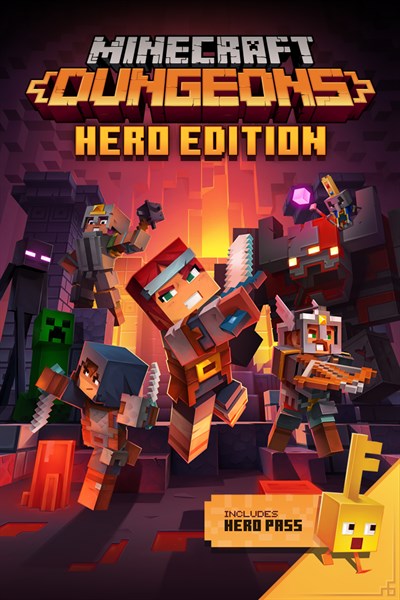