Once a close friend to Lian, Lillith was a warden over the far lands under the Magistrate. But when resistance fighters came to skirmish on the border, she was gravely wounded. Cursing her fate as she slipped away from life, the Abyss reached out and offered her another chance, a power too great to refuse. Reinvigorated with unnaturally long life and a cunning mind, Lillith then made it her mission to spread this gift throughout the Realm, backed by her now darkened corner of the former Magistrate territory. But is this eternal life worth the cost?

Lillith’s ambitions push her further through the Realm, sweeping through her enemies with the Heart of Crimson, a dangerous weapon invigorated by the blood of her enemies.

Lillith, the Heartless is the newest playable Paladins champion, included in the Heart of Darkness update!

Lillith marks the next support champion to join the Paladins roster. Through the manipulation of blood magic, Lillith has several ways to both damage her foes and heal herself and her allies. Her Blood Hex allows her to heal herself to either damage an enemy or heal an ally, while her Swarm will enable her to channel a stream of bats that heals allies and damages enemies creating a dangerous zone. Finally, Lillith’s Ultimate invokes the Blood Moon, giving her allies life rip and greatly enhancing her physical abilities for a time, on top of increasing Lillith’s survivability with constant health regen. All of these should combine to create a support that is well built to win a war of attrition, making her a terrifying foe. There is little you can do to escape Lillith’s dark gift no matter where you go.

Lillith isn’t the only new addition to the Realm with the Heart of Darkness update. The new Lost Future Event Pass also releases, encouraging players to save time itself from a dark future. Players can earn 24 rewards over the course of this Pass, including Corrupted Atlas, Corrupted Io, along with the recolors, Vile Atlas, and Frozen Moon Io. Also, be sure to keep an eye out for the other fantastic corruption-themed cosmetics included in the pass!

This update also includes a brand new Siege: Beyond Schism, the Prototype Cart! In this new mode, you will still capture the initial point as expected; however, the cart will now move forward on its own, gaining or losing speed based on how many enemies and allies are within range. In order to stop the cart, the enemy team must destroy it –  if it sustains enough damage, the cart will break down, rendering it inoperable. The only way to get the cart back up and running is to repair it, of course, and it’s up to the pushing team to do so by controlling points!. This will continue until either time is up or the cart reaches the enemy base as usual.

Be sure to check out all the exciting new content available in the Heart of Darkness Update, including new Limited Time Modes, new Golden Willo and Moji Skins, and more available now in Paladins on Xbox One and Xbox Series X|S! 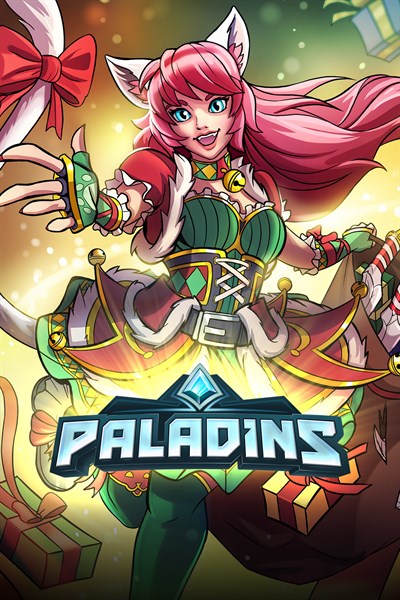